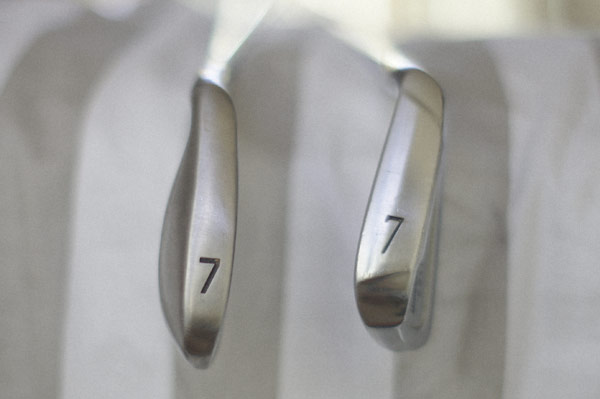 In this article I will document the differences between the Tour Striker Pro 7-Iron and my standard 7-iron, the Bridgestone J33 Combo. This post will be fairly image heavy as the visual comparison will give you the best possible understanding of the Tour Striker Pro training aid and what sets it apart from the irons already in your bag.

I am sitting here are my desk with both clubs in hand trying to figure out how to best compare them. I have spent many hours on the range with both which will help me to provide good insight on swing and impact feel.

I will first describe the iron I am comparing the Tour Striker to. It comes from my iron set that I use both on the range and for rounds – my Bridgestone J33 Combo irons. They are visually beautiful with a soft forged head, True Temper Dynamic Gold S300 shafts and Lamkin Crossline Tour grips. 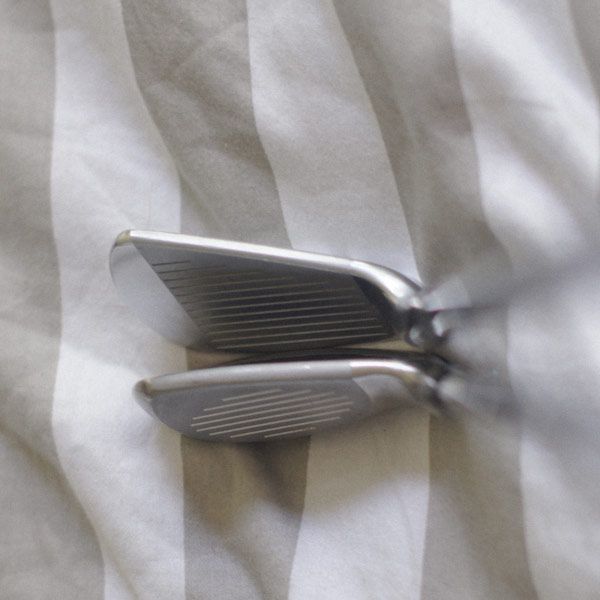 I have heard and read many people comment about the weight of the Tour Striker. The head of the club has a substantial feel to it, especially in comparison to many game improvement irons. The weight is surprisingly similar to my Bridgestone J33 irons. After you purchase the Tour Striker and want to find iron heads with a similar weight distribution definitely look into what Bridgestone has to offer.

The head of the Tour Striker looks like a standard iron from a few feet away. I love this because I don’t need my training aid to scream ‘TRAINING AID’ in bright colors and strange contraptions when I am using it. The looks of the iron are very subtle and will blend seamlessly into your other irons. When you get up close the differences begin to appear. For this I recommend looking at the photographs in detail. You will first notice how high the face of the club is on the head. The Tour Striker has a rounded leading edge which keeps the ball from going into the air if you do not strike down on it. This is done by removing the lower third of the club faces – the area where many amateur players like to ‘sweep’ the ball. 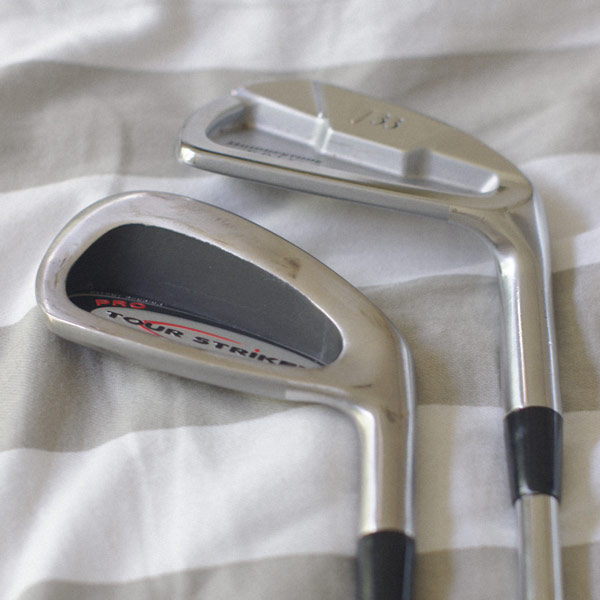 “The shaft is from Femco or FST. They make the KBS shaft, which I love…” –Martin Chuck on golfwrx

I love the Lamkin Crossline Tour grips on my Bridgestone’s. They have a great grip to them while remaining comfortable with an almost luxurious silk feel. The Tour Striker grip is slightly harsher, but by no means a cheap or poor feeling grip. Imagine it is one step down from the Crossline. The grips are similar enough where the difference would not be noticeable when switching between the two on the range. It has a nice feel to it, even when my hands get sweaty in the summer heat. It comes in flat black with the Tour Striker logo embossed on the side. 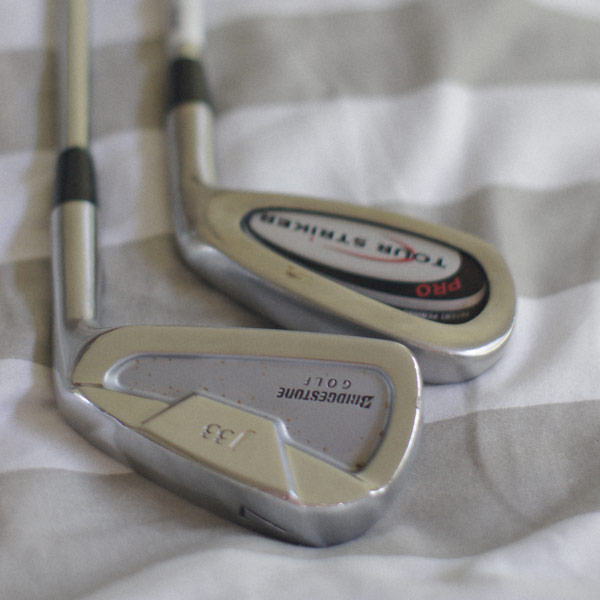 The best part about the Tour Striker Pro is that it feels like a normal 7-iron. I approach my shots on the range the exact same way I do with my standard 7-iron. I do not always hit it as well (user error), but the feel and approach is the same. The swing weight is fantastic. At impact you instantly know if you hit down on the ball or not. When you hit a thin shot off of the rounded portion of the face you can feel it. The best way to describe it is like missing the sweet spot on an old aluminum baseball bat – you can feel it in your hands. When you do strike down on the ball the impact and sound is great. It is not quite as soft as with my forged Bridgestone’s, but that is to be expected. The impact and swing feel of the Tour Striker Pro is wonderful and will not be a reason to keep you from purchasing the training aid.

I believe the Tour Striker is made in China. Do not let that fool you as the specs are dialed in the quality control is tight. Looking closely at the grooves, seams and connections, everything is as it should be.  My personal Tour Striker Pro in the photographs has seen some range time, so please do not think the nicks and scratches will be there on the new model – they will not. You will have to spend time hitting balls… and the ground at the range on your own to give your Tour Striker some ‘character.’ 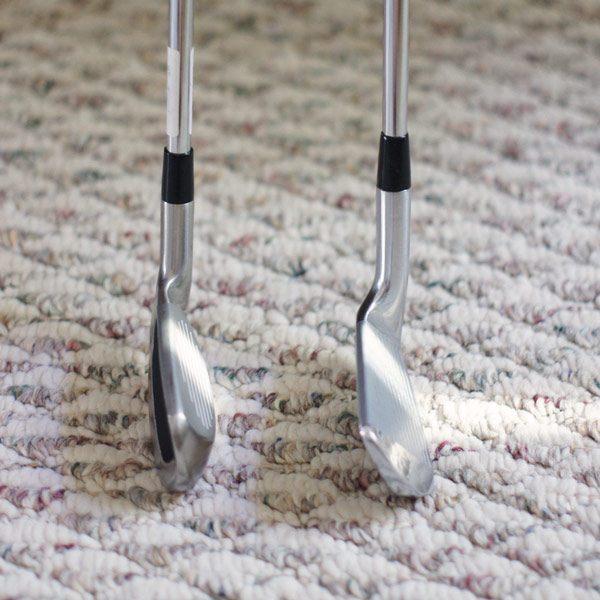 The Tour Striker is a quality golf swing training aid – both in concept and production. The club feels great in your hands, looks fine (unlike most training aids) and has a nice feel at impact when you hit down on the ball. Get your hands on one, put it through the paces and see your game improve. If you decide it is not for you then you can sell in ebay or craigslist – they hold a surprisingly good resale value.

Suffice to say, I am a big fan of the Tour Striker. In the few months that I have been using it I have seen big change in my game – namely my ball flight. It feels great to strike down on the ball and see a high and penetrating ball flight as a result.